Historically in Palestine, the concept of camps was always associated with the repression, deportation, displacement and land confiscation that we were subjected to through setbacks and calamities in the past century. The camp was the place that brought people from different areas in Palestine together, and it was where we discovered the necessity to protect our national identity, and reinforce values of cooperation and collaboration, and rebuild the Palestinian society through gathering expertise and efforts, and organizing them intellectually, nationally, scientifically and on the ground, to achieve our shared missions and unified goals that meet on our common concern. These camps were an effective tool Palestinians used to reorganize themselves and heal some wounds, even if it was only temporarily. Camps were spreading all over Palestine and the Palestinian diaspora, and they gathered people from different regions who were united on their shared dreams and hopes in liberation and return.

Inspired by that rich Palestinian experience, youth camps, unions, liberation movements, and popular gatherings, came to be, specifically during the first Palestinian Intifada. In these unions, sons and daughters of the same homeland gathered together in one unitary, common program that focuses on the concepts of community building, development, crowdfunding, and giving. This was done through building teams for union and field work in its two forms, the communal and the militant. These camps contributed to the preparation and birth of leaders, activists, volunteers, and politicians.

In an attempt to follow in these footsteps, Dalia Association held its second Community Giving Camp 2022 in the West Bank and in Gaza. The first camp was held in Gaza between 24 and 28 July, for five consecutive days, and included 10 community initiatives. The second camp this year was held in Star Mountain Rehabilitation Center in Ramallah between 16 and 20 August for five consecutive days, and included 15 community initiatives from all over the West Bank. These initiatives varied in their objectives, orientations, messages and content, from educational to agricultural to cultural and advocative, while others focused on food and the dimensions of its relations with humans.

The Community Giving Camp 2022 was planned for to be a safe, inclusive, supportive space for Palestinian initiative owners to express themselves freely and meet their peers, who come from different social and cultural backgrounds, in a motivational atmosphere that encourages collaboration and joint work. The camp reflected the vision of Giving for Change and Ibda’ Youth programs that are implemented within Dalia Association’s methodology that works with the local community, which we see as an inspiration for work, collaboration, and decision making.

The camp offered a training in crowdfunding techniques from Ahel Organisation, which was the first collaboration between our organisations. The camp also offered a training in collaborative thinking, the importance of teamwork and crowdfunding, which were designed and presented by Dalia Association’s team. We should also thank our guest speakers who volunteered their time to contribute to the camp with their rich interventions. These were: Dr. Saad Nimer who spoke about the popular committees and their formation during the first Palestinian intifada, Agroecology expert Saad Dagher who spoke about agroecology and food sovereignty in Palestine, Adham Karaja who spoke about “Ard Al-Yaas” initiative and collaborative agricultural work, Ahmad Sawrani who is the general coordinator at Gaza Urban and Peri-urban Agriculture Platform, and volunteers Muhannad Ismail and Awad Hamad who documented the camps with their photos.

The camp aimed to strengthen the spirit of communication, cooperation, convergence, and community work between the youth groups, and encourage partnership building and cooperation in volunteer work. It also highlighted the importance of social responsibility and utilizing local resources, and systemizing avoidance of conditional funding.

Our camp focused on the relations of resilience and the national need for community giving and mobilizing community resources to encourage realizing values of belonging and engagement to core issues that unite us. In addition to that, the camp aimed to introduce the initiative owners to each other and to Dalia’s experience with community giving as a practical example, re-rooting identity and land through the youth initiatives, and spread the spirit of philanthropy through the activities of the camp as a first step, and the initiatives’ own activities in their regions after.

Dalia’s team seeks to maintain the spirit of brotherhood and cooperation, and the great support that the initiators offered each other, and to support them in their upcoming stages after the camp ends. This desire was created by the richness and depth of the experience, and their friendships which were built on cooperation, support, and solidarity that is based on their love for the community and pursuit of its interests.

This was our Camp of Community Giving. A space to work together, united by our love for our homeland and spirit of belonging to our authentic Palestinian community, and an opportunity to develop our community work to build an effective societal organizational structure, capable of cooperation and sharing, and one with a profound and rooted influence to push our community forward, towards flourishment and sovereignty. 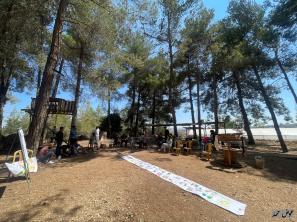 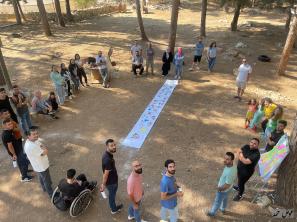 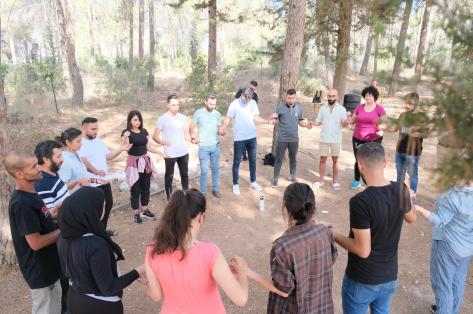 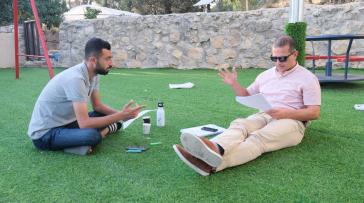 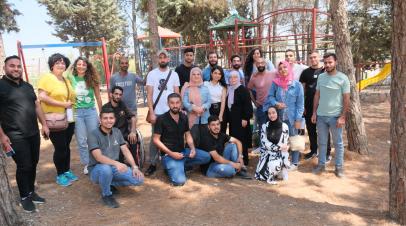 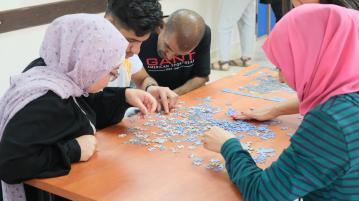 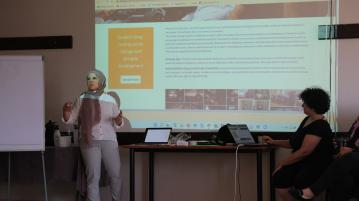 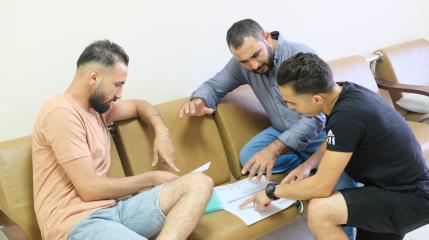 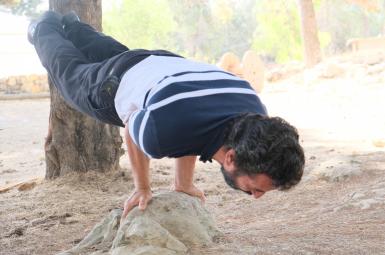