It is a challenging job to work in the field of social change; more particularly to mobilize specific groups of people; in my case “the youth” who are mobilized in order to accomplish economic initiatives through the IBDA' Youth Program, which is in partnership with Drosos Foundation. Many obstacles hinder the achievement of this work, this includes thinking patterns. The Palestinian youth are frustrated; the feeling of impotence is taking over. Moreover,  consumption habits exceed productivity; all those factors increase dependency; hinder progress, creativity, and motivation to drive social change. These factors led to make many values to disappear from society such as Al Ouneh (Palestinian indigenous aid system). This beautiful concept to cooperate and help each other is deteriorating; as well as productivity.

The people of Ni’lin used to cultivate their lands with different crops; they used to plant cactus, vegetables, and other agricultural plants. They used to be productive; they depended on agriculture for their living. This reality has changed; since the market is full of Israeli products. People's tendency to consume is higher than to produce, especially when it comes to the new generation. This has influenced our economy not only in Ni’lin but everywhere in Palestine.

These facts illustrate the challenging circumstances that we face while leading our work. Whether connecting with the youth and motivating them, considering the daily challenges they face, or simply the challenges of reaching out to those areas.  One day, to reach to the village of Budrus, the car literally got stuck in a hole in the street due to the poor infrastructure. The car was pulled by a bulldozer on a rainy day. Another obstacle is the fear of not having public transportation to get back home from Ramallah to Bethlehem after the end of the workshop. These are but small examples of the nature of the fieldwork, especially during winter.

However, while implementing the project, we started to sense the first sprout of change. All those tiring moments become beautiful memories.   After only the first phase of the IBDA' program the youth were excited, and the impact was obvious.

One of our main partners, Ruwwad,  had a major role in mobilizing the youth and their energies; as well as offering a big part of their time  for the support in the implementation of the IBDA' youth initiatives in the villages of we Ramallah (Suq Alnatoof in Ni’lin, and Qebya service center in Qebya):

"Thank you for your effort. The IBDA' Youth Program, with no doubt, motivated the groups and energized them. I hope that this program becomes an example of a long-term relationship between Ruwwad and Dalia in supporting  youth initiatives.”

Shuruq, who is part of Al Ruwwad team, along with other youth groups, came up with the idea to encourage and supportrt the Palestinian products by finding a market for them; in addition to shedding the light on the neglected sights and historical ancient landmark. They thought of the idea of Suq Al Natouf (Suq is Arabic for Market); a seasonally-held market for the local products of the area of West-Ramallah’s villages in a historical castle in Ni’lin. They ran a trial Bazaar in order to see how feasible the project would be. 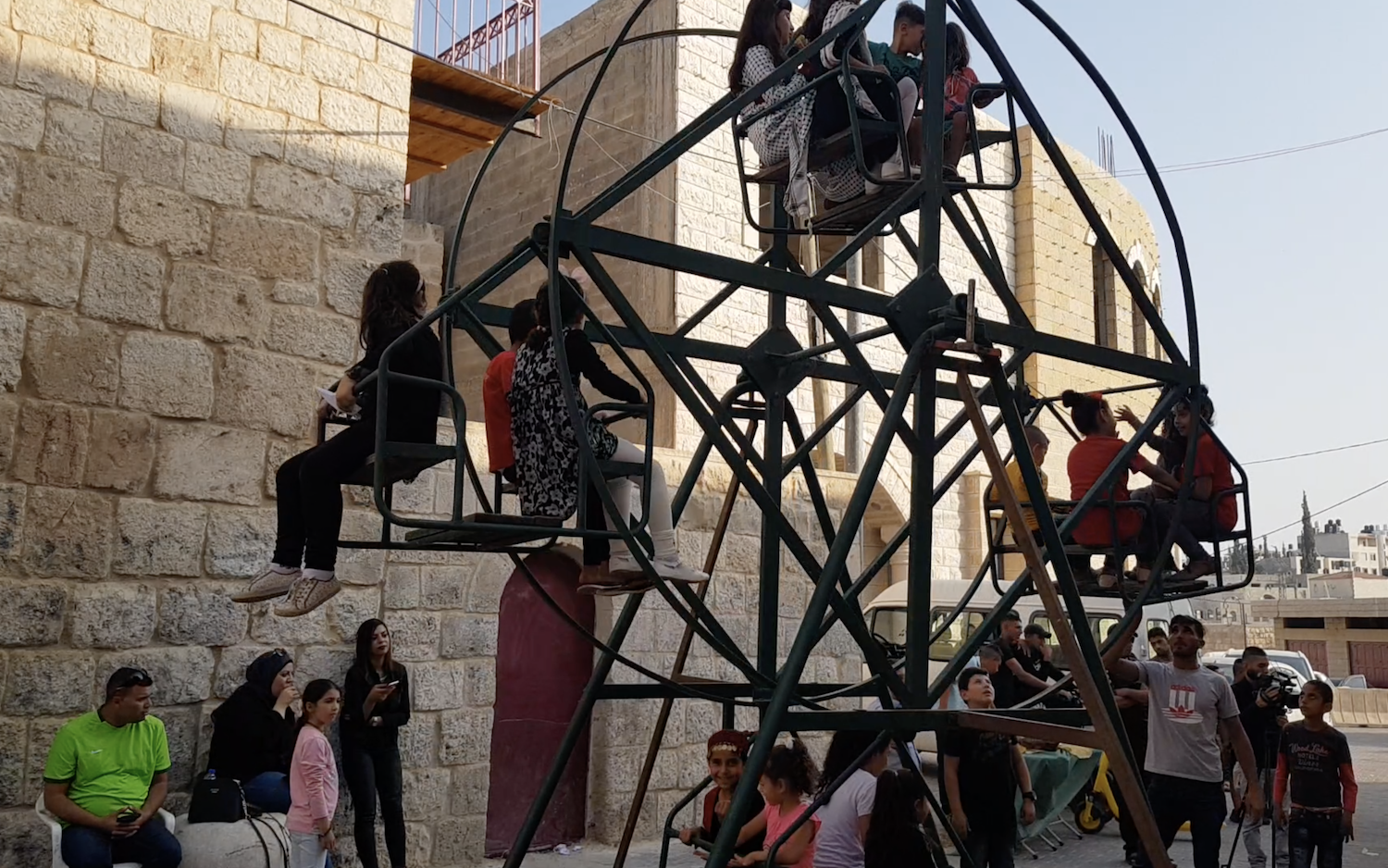 Indeed, it proved to be a very successful idea; it was amazing considering that it was mainly on a voluntary basis. Meaning; people donated the different elements of the bazaar such as the booths and tables, the ceiling covering, the space of the castle, and many other logistical materials.  People had the chance to display and, in some cases, sell their products. Even those who didn’t sell during the Bazzar, were able to market their products later on. The youth's energy was breathtaking. However, Shurooq played the main role of the motivator and mobilized the youth. People of the village, children, women, and men were very happy about the Suq.  It included traditional methods of making “Badudia” oil; where green olives are roasted and then pressed manually to extract the oil.  Kohl for the eye made out of olive seeds and many other things.  Personally, seeing this energy among the youth; their success and happiness was very thrilling. It was the fruit of facing all the challenges. 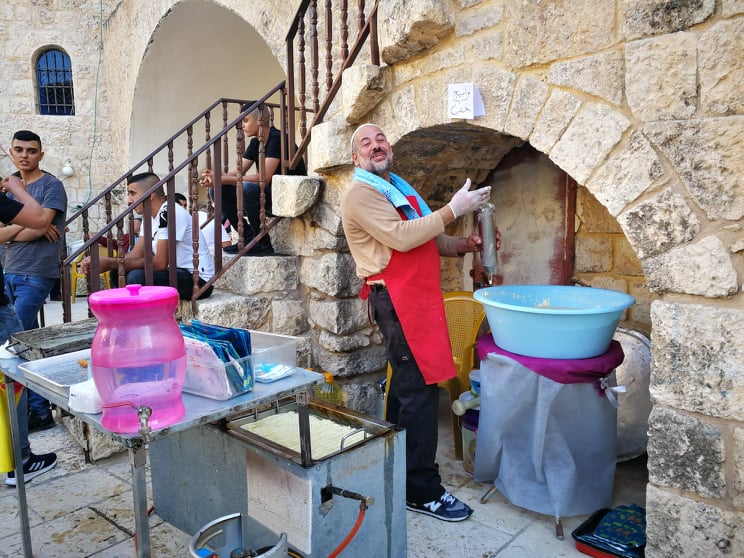 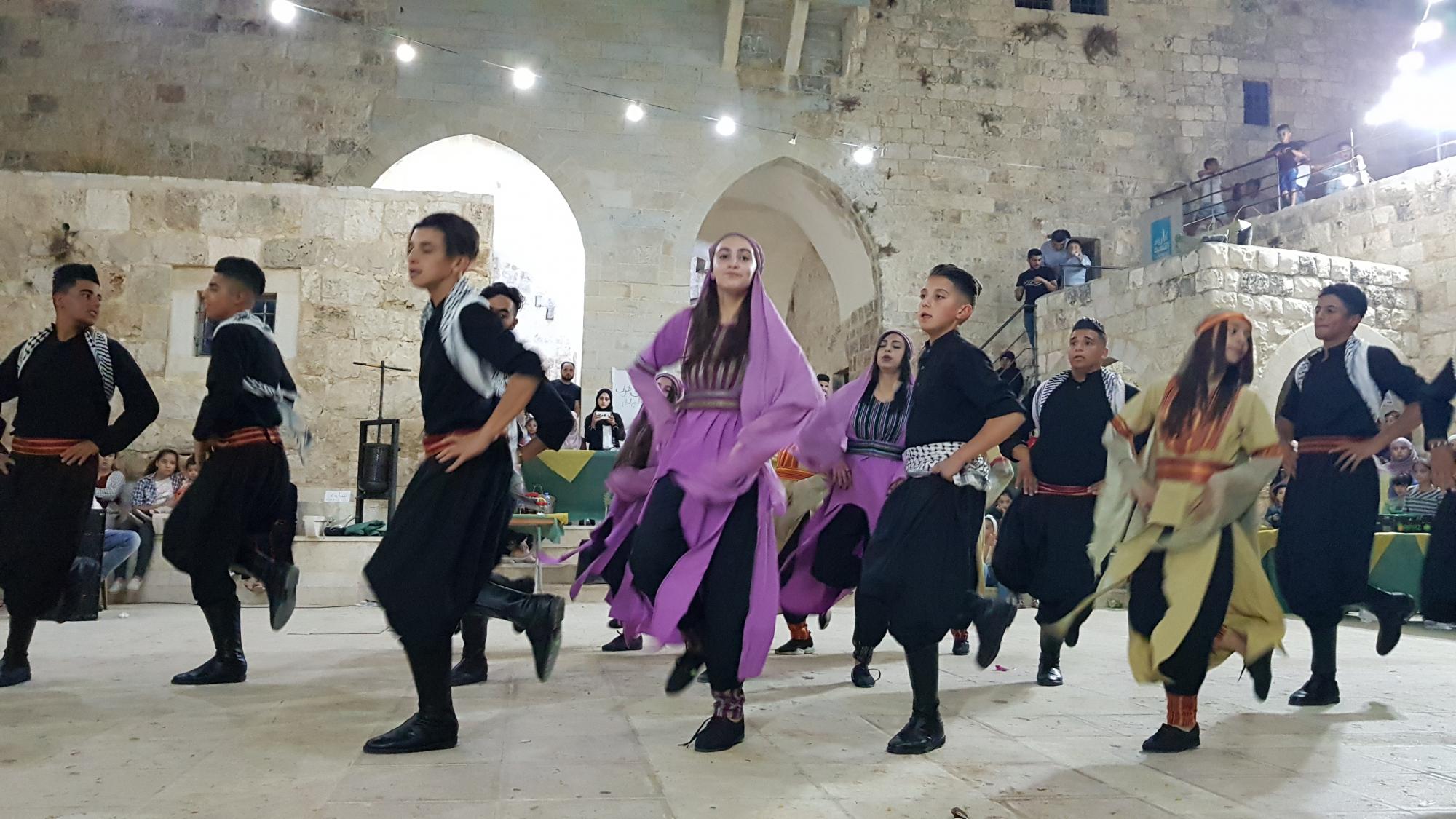 This month, November,  the Bazaar was held for the second time. However, this time, the youth have gone through a difficult situation; due to the tragic death of one of the youths in the village. The incident was painful. Honestly, I was afraid that we would not be able to conduct the Bazaar for the second time. However,  the youth proved that they are capable to overcome these difficult circumstances. New heroes besides Shuroq came upon the scene. This was a success by itself. They worked hard with all their energy;  new values were born within them because of this Bazaar, as demonstrated in these quotes.

"The Suq taught me the values of giving, strength, support, help, community spirit, creativity. We overcame a big challenge, by unifying our strengths, we were able to overcome any challenge, and the most important thing is that we revived our heritage and culture, which we are very proud of, and I hope the next generation will be proud of what we did".

Suq Al Natouf demonstrated how hand-in-hand we can come up with beautiful ideas, with respect and love, whether we were volunteers or sellers. All people who participated wanted to offer their best, we were all gathered to support each other to make the Natouf Market a success, considering it harbors locally made products from the area. The Suq made us value our land, olives, and wheat.

The Suq gathered us, the youth, the village of Ni'ilin, as well as the nearby villages, even, the whole of Palestine. It showed us how much we are able, as youth, to change and challenge circumstances, and take decisions. It also built our capacity in organization, coordination, administration, and taking responsibility. It also showed us how much love and respect we have for each other.

The mother of Rawya Ferdos told me how happy she was when she read how her daughter expressed herself. She is happy to find out that Ni’lin became part of her identity. It seems as though, Shuruq, and the youth matured one year and they accomplished many more years. Their plans continue to execute the next year's  Bazaar as well as their private projects.

I remember when once I had a discussion with the groups to convince them about our capability to progress. Now they can feel it by themselves. 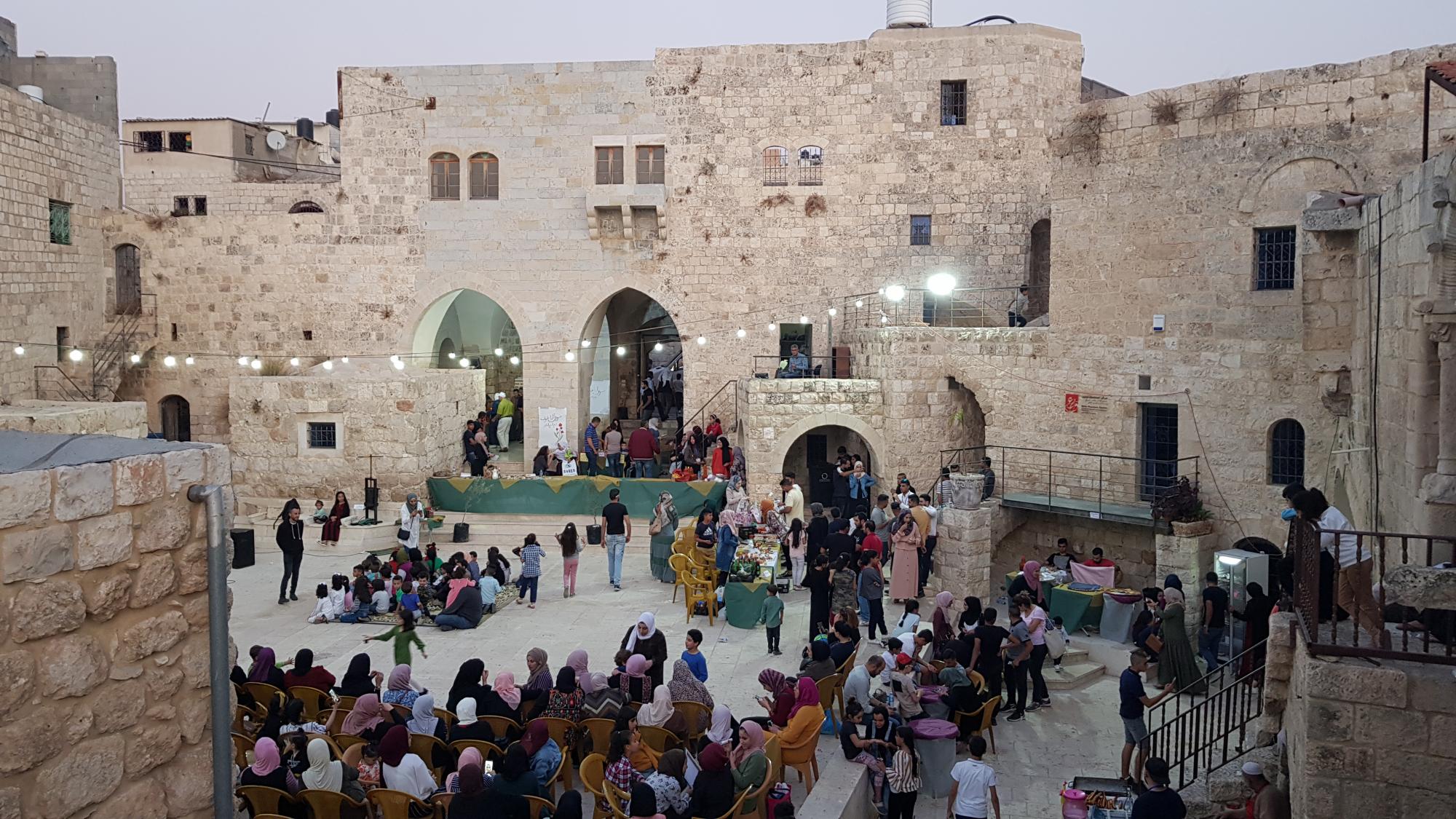 A pebble can make a wave in the still lake water.